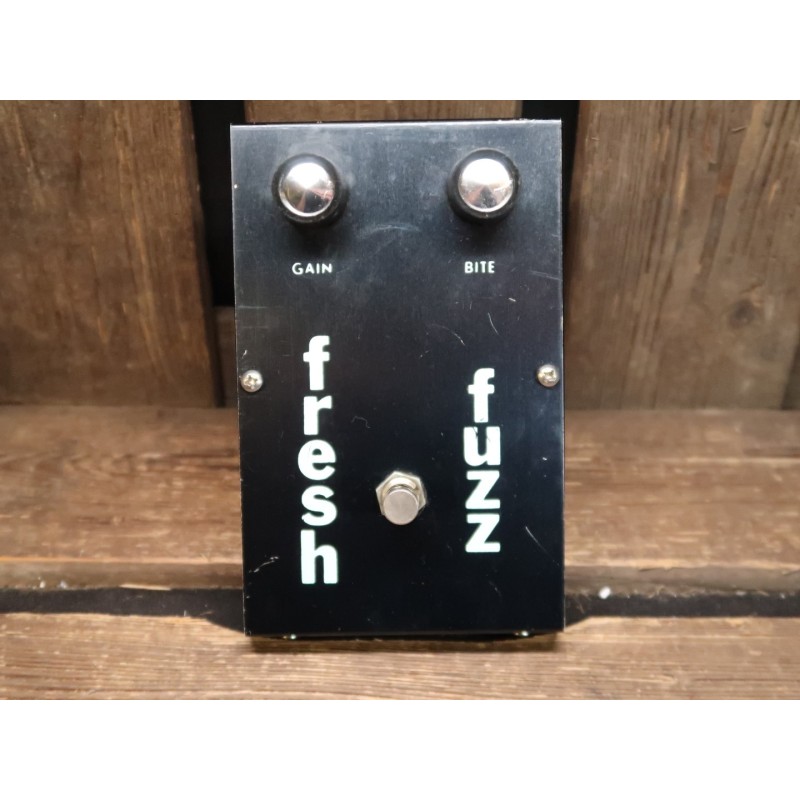 This one of the cleanest, most unique rare V1 Fresh Fuzz pedals out there. Seamoon started out on plastic enclosure, but all of these shattered back in early the 70ies, and a slanted metal version was used. This listing is one of these early metal ones, most likely made in 1973! The circuit board has the most desirable single 741 opamp and on the vero board instead of the later V2 Fresh fuzzes (which contains the double 4558 opamp). For more history on Seamoon, check out A/DA's history as Dave Tarnowski began his career at Seamoon. The second one, read up on Gearphoria page concerning the Fresh Fuzz.

This unit is in superb state considering its age. The battery connector has perhaps been replaced a long time ago; at least, there is heat-shrink tubing on it. Could however also be factory spec, as all units were handwired. It is in full original condition otherwise. So either 99% or 100% original. It sounds amazing, very gritty, superb fuzzy and reactive to volume control on guitar. You will not find a cleaner, more original version of this pedal.