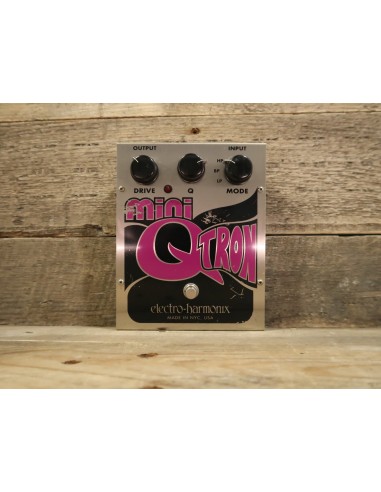 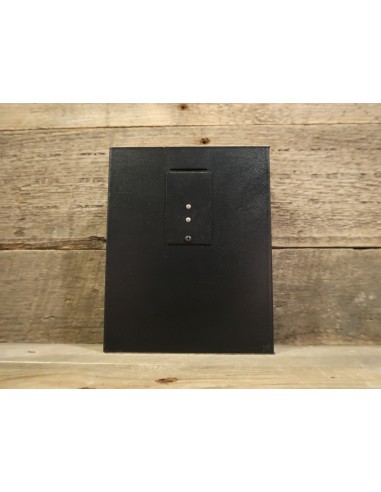 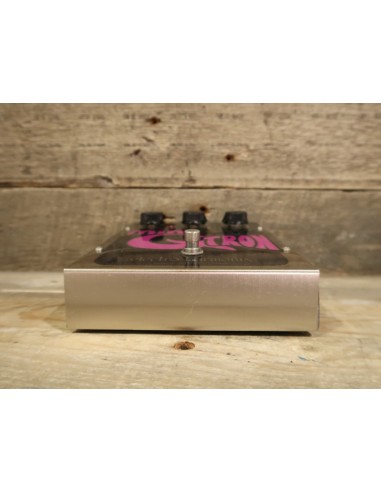 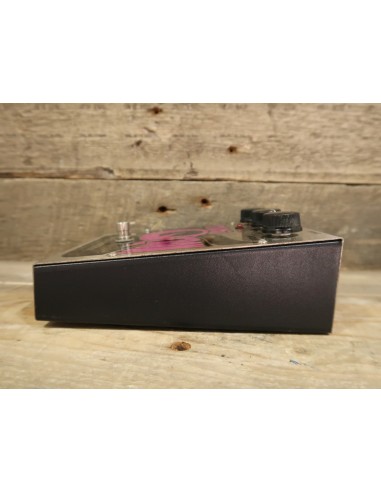 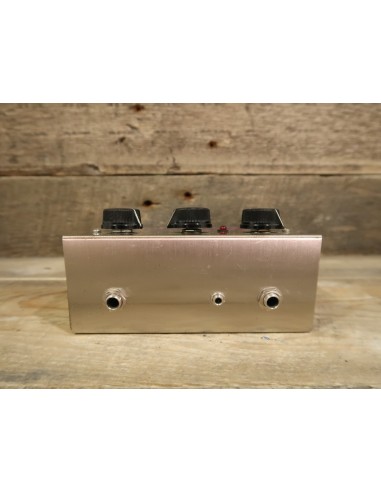 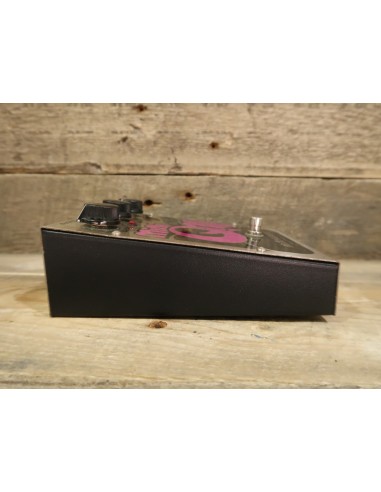 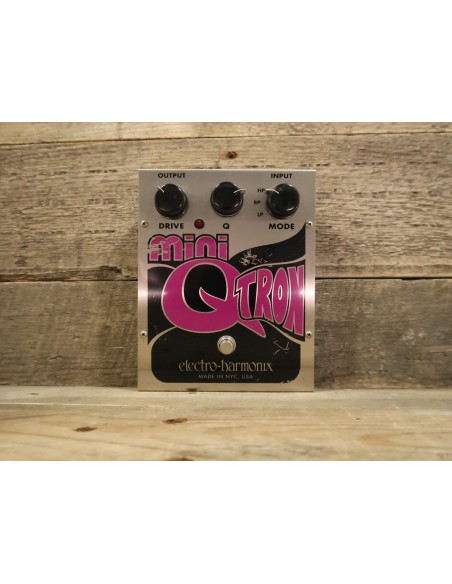 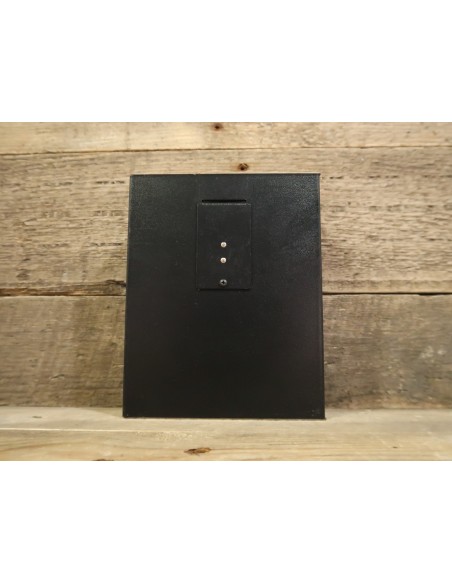 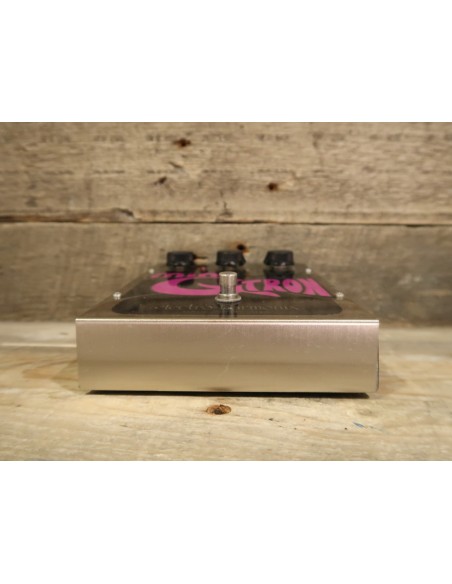 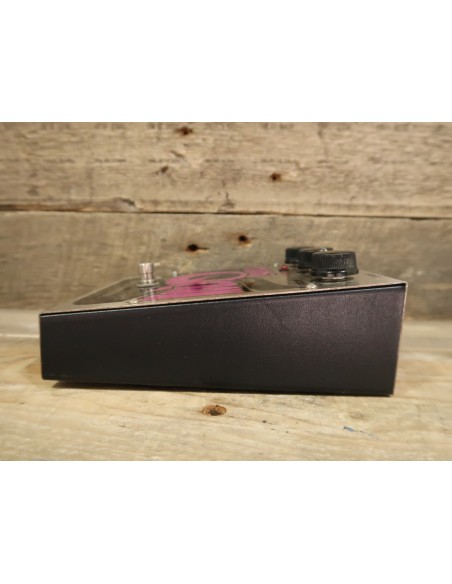 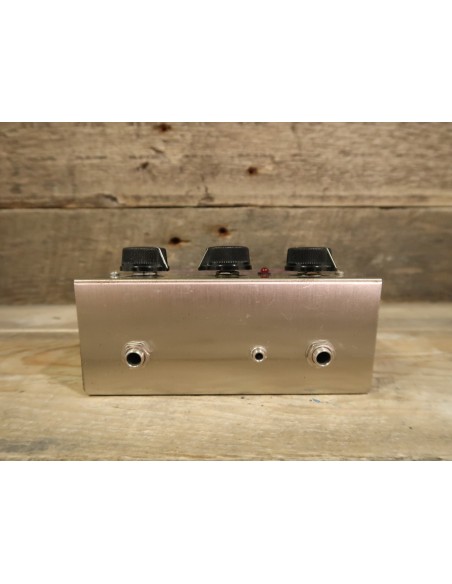 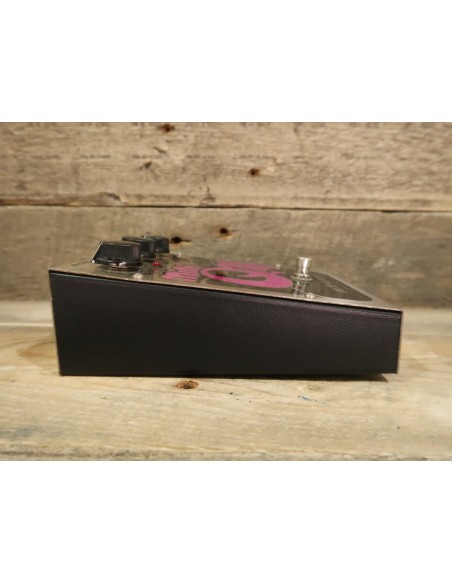 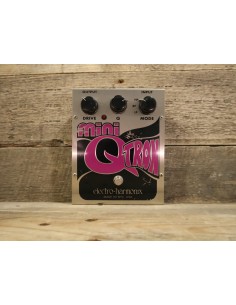 Wah-wah-wah….what a great sound. In any variation, whether it’s through an actual wah pedal, a filter of some type or through a series of effects that somehow produce it, that waka-chicka tone is beloved by many, many people, not just guitar players, and has been heard on countless recordings and millions of live shows over the last 5 decades. Being pretty well known for creating some fun wah/filter pedals, Electro-Harmonix put out an interesting and unique envelope filter pedal that is super responsive and funky as can be all at the same time.

Being a “mini” pedal (even though it’s still pretty big), the Q-Tron has a simple layout of controls to manipulate, and they all work together to create various settings and tones. Drive starts us off, and it controls the overall sensitivity of the filter’s sweep. The Mini Q-Tron is extremely responsive, and you can change tones and sounds a LOT just by changing the amount of strength you use when plucking or strumming your strings. The Q control sets the filter’s frequency peak, which works in conjunction with the Mode knob, which determines the range of the frequency. Low Pass, Band Pass and High Pass are your options here, with each one representing a new level of sonic discovery, and altering the effect signal accordingly.

Looking to bring some funk into your playing? Well, the search may be over. While not the most versatile filter ever, the Mini Q-Tron sports some nice tonal options and dynamic sensitivity, which is all a lot of players need out of a pedal like this. Relatively inexpensive if you can find one, these are now discontinued, so if you run across one, pick it up and see what it can do.