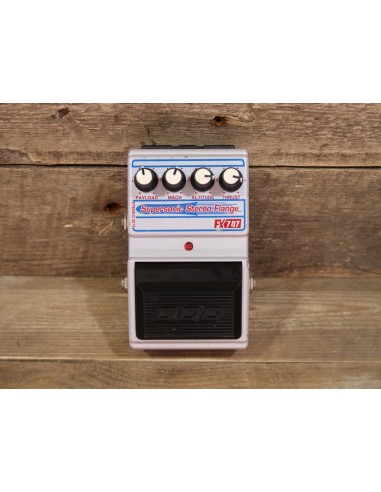 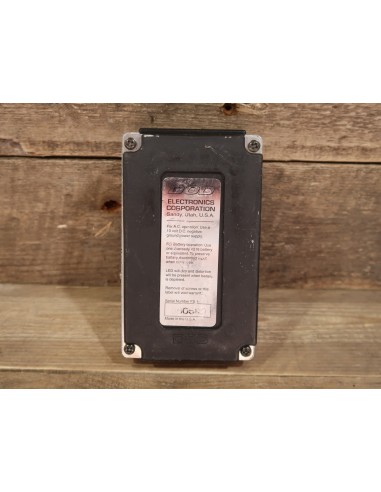 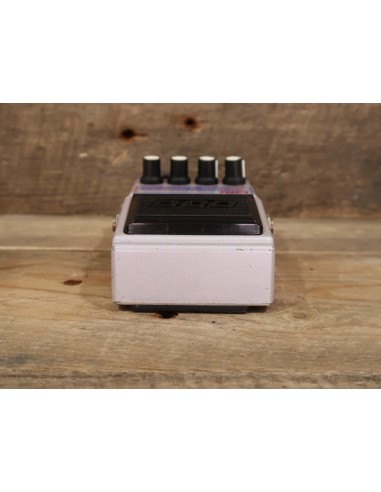 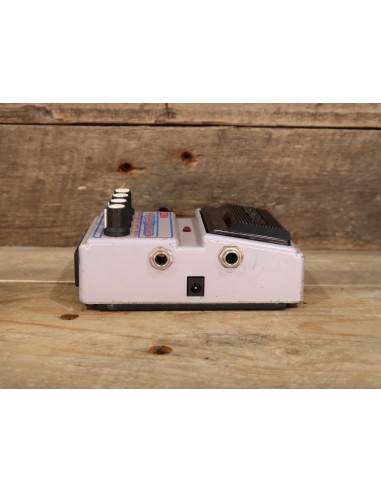 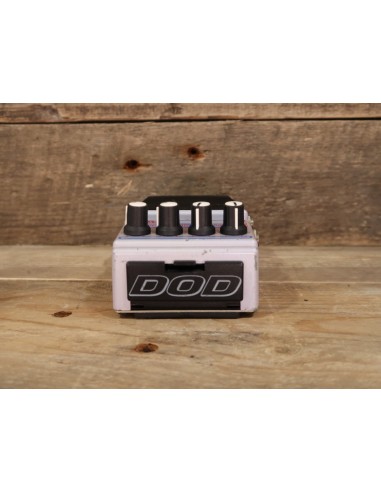 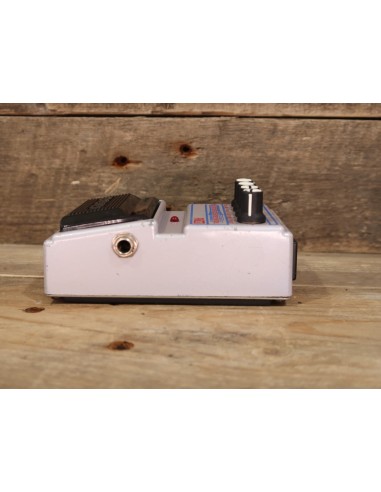 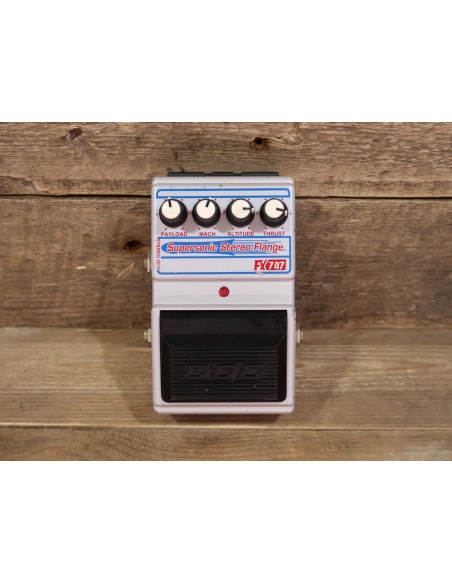 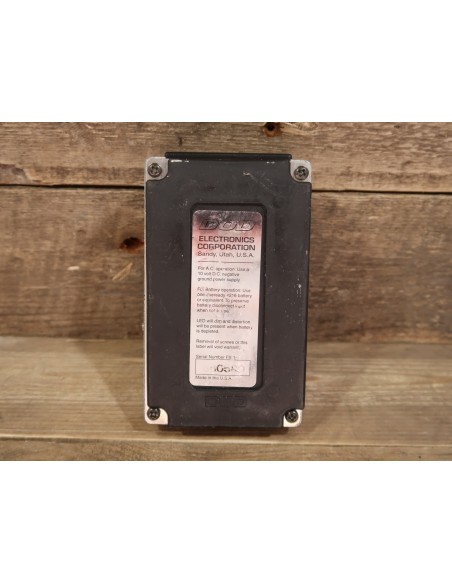 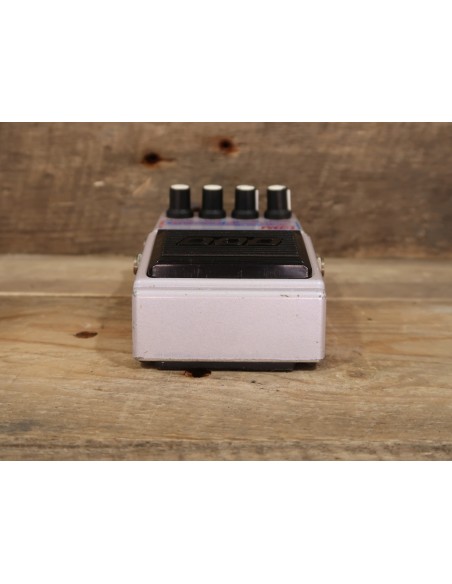 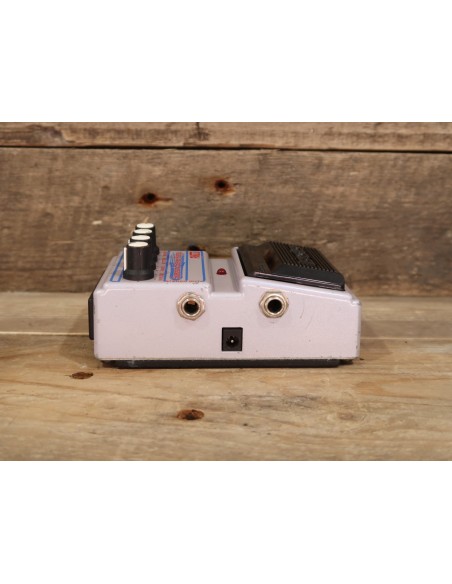 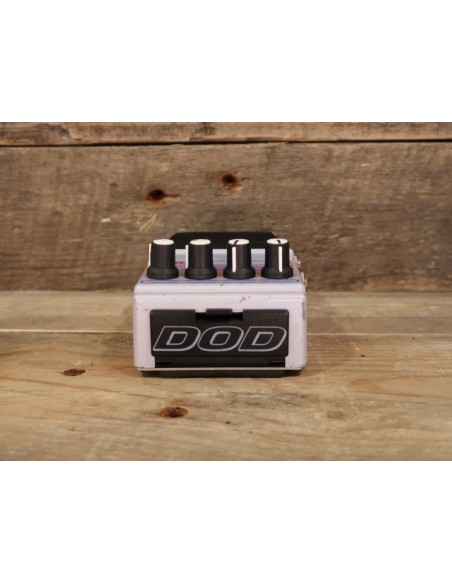 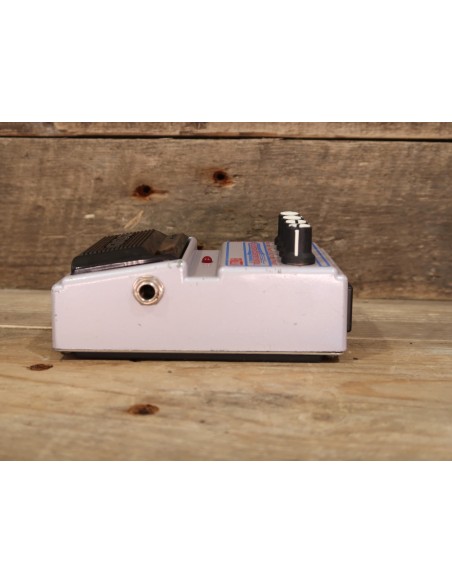 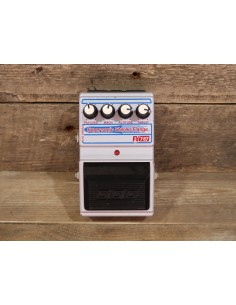 DOD's FX747 Supersonic Stereo Flange pedal, manufactured between 1996 and 1998, has four basic knobs and is as simple to dial in a nice sound as it is enjoyable to experiment with.

One thing you'll notice right away about the FX747 is that the controls are all labeled with unusual titles that aren't always intuitive.
The knobs are labeled Payload (Level), Mach (Speed), Altitude (Width), and Thrust, possibly to convey the feeling that the user is truly controlling a jet of some sort (Regen). The names seem very badass once you figure out what they are; it's just getting beyond the initial bewilderment that took a minute.
The Mach control has a greater range than most flangers, allowing you to reach super-slow flange speeds, allowing you to play "into" the effect rather than "with" it, which was a claim to fame when this pedal was debuted. The FX747 can make a wide range of sounds, from delicate, tasteful overtones to borderline annoying, whirling, jet engine swooshes, with a wide range of sounds in between for a variety of superb flange effects. You may also run it in stereo for a different set of sounds to experiment with and learn from.